Last week I had the wonderful opportunity to film a news story for Channel 2 News about the daVinci robot! A reporter and cameraman came to my office and asked me questions about the robot technology.  We interviewed a patient of mine who had had the robot surgery done.  She talked about her surgery, and the fact that she was able to get pregnant after the surgery. She brought her 8 week old baby with her, which was great! It was good to see her daughter again, as I was the first one to see her just as she was born!

We then went to the operating room to film the robot in action.  The reporter and cameraman were so excited about the technology!  They kept saying how cool it was, and how they couldn’t wait for the story to air so more people could know about the robotic surgery. The best part about filming in the operating room was when I put a wedding ring on the reporter’s finger with the robot! It was so cool to watch the delicate instrument perform a task that only a human could do up until now. The reporter was talking about the robot technology and the fact that the incisions are very small, and the recovery time is very short while I was putting the ring on her finger. It turned out so well that they are going to use that scene for their news “teaser” to get people interested in watching the story.

I am so excited that more people will know about the benefits of robotic surgery as a result of this news story! 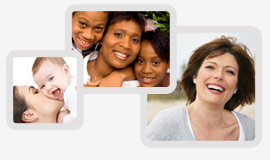